Although I spent time in Hong Kong during my trip around the world, it was much too short and the weather was bad. So I hardly saw anything of Hong Kong during the four days I was there and I did not manage to go to Guangzhou and Macau. I will have to go back there another time and arrange for an interpreter to join me.
The evening I arrived in Hong Kong (1Feb’10) the weather was still nice, but the next two days were so cloudy that even tourist tours were not running. The third day was slightly better so I went on a daytour on a very Chinese boat through the harbour area (with two other tourists), I had a my only Chinese-lunch and afterwards took a bustour to Victoria Peak (with clouds) and to Aberdeen Harbour.

I don’t think anything can be found to be still there from the middle of the 19th-century in Hong Kong, at least not in Kowloon.
From what I found on the internet before I went, I thought there would be remnants in Guangzhou and was not sure about Macau. Before visiting again, a lot more research will be required, along with arranging for an interpreter while there. 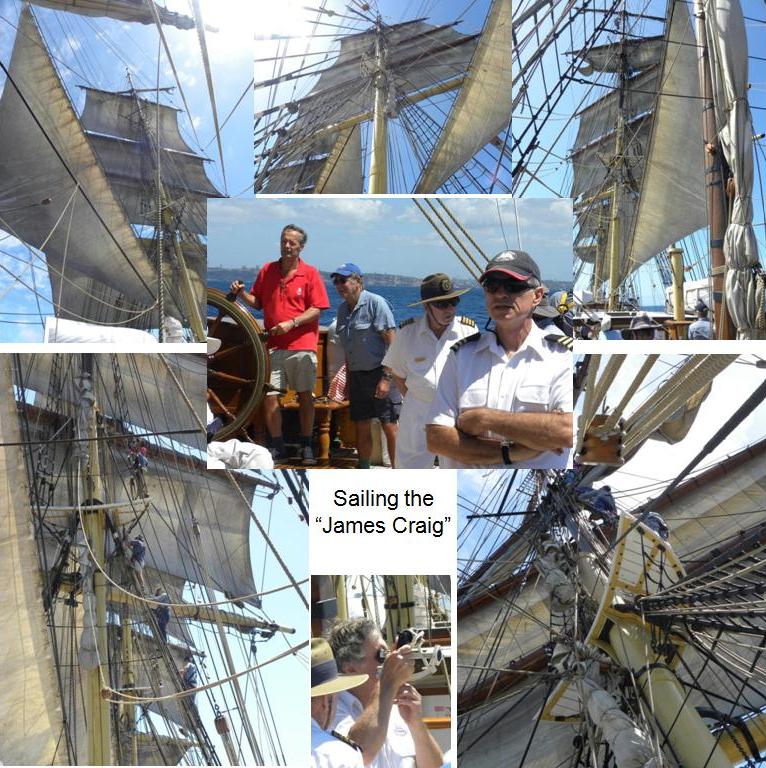 Sailing the JAMES CRAIG in Sydney