When Jacob Bouten arrived in San Francisco in 1850 it was just one and a half year after the Goldrush started and less than four years before it was called Yerba Buena on Mexican soil. 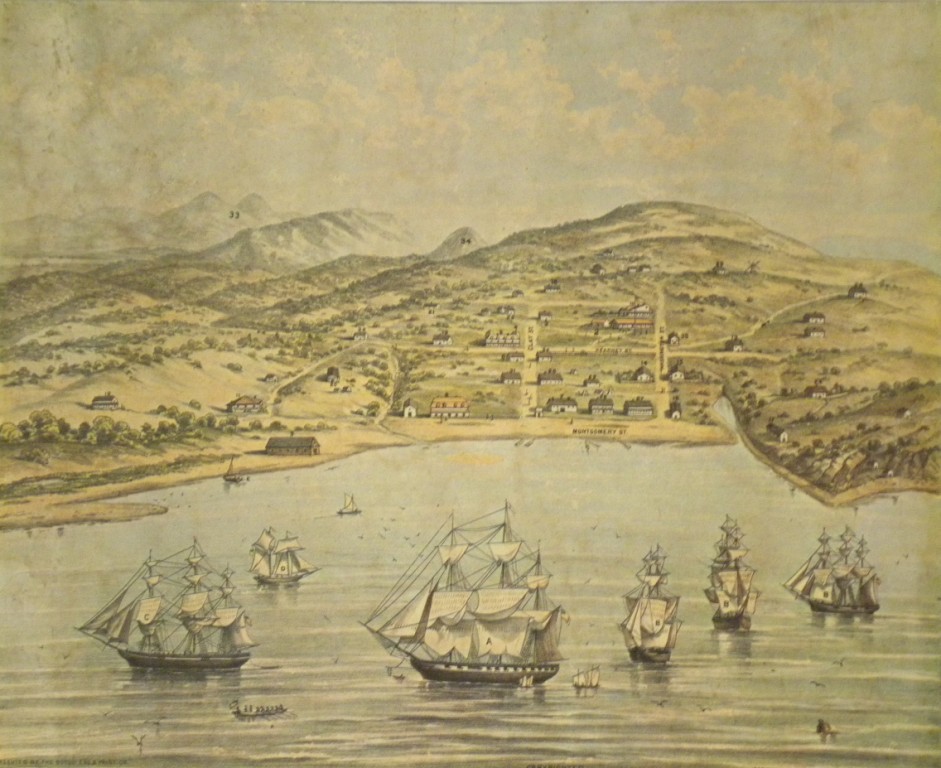 When Jacob Bouten came to San Francisco on his voyage of 1849, it would have looked pretty similar to the above picture. He describes (in his lifestory about his second time in San Francisco) S.Francisco in early 1850 as a town with only 20 to 30 houses. This is hard to combine with a population of 100.000 (see before) even when taking into account the 50 houses destroyed by the First Great Fire in 1849. He came into San Francisco just three years after it became American and less than two years after the Gold Rush had started. This was a totally different and new world for him.
I flew in from Miami, with a weekend stopover in Dallas, where I visited Evelyn Reyers, a family of the Klinkhamer’s not related to me.