Around the world in sailingsteps of my ancestor
captain Jacob Bouten

Jacob Bouten was born in 1815 at the end of the Napolean war, in Veendam near Groningen in the north of Holland. Soon afterwards his parents moved to Koningsbergen in Preußen (Germany at that time, Kaliningrad in Russia nowadays) and in 1823 they moved to Antwerp-Belgium. He started sailing when he was 12 years old and came back home two years later in 1829.
In 1835 he got his degree for navigator and in 1844 he became captain on the barque “Jan van Hoorn” , 29 years old, sailing for reder A. Blussé van Oud-Alblas from Dordrecht. In 1849 he sailed with the “Jan van Hoorn” from Rotterdam around Cape Horn to Valparaiso, being the youngest captain for Blussé, and next to San Francisco (during the Gold Rush) and Batavia (Indonesia) arriving back in Holland 1½ later. Two years later he made another voyage around the world. 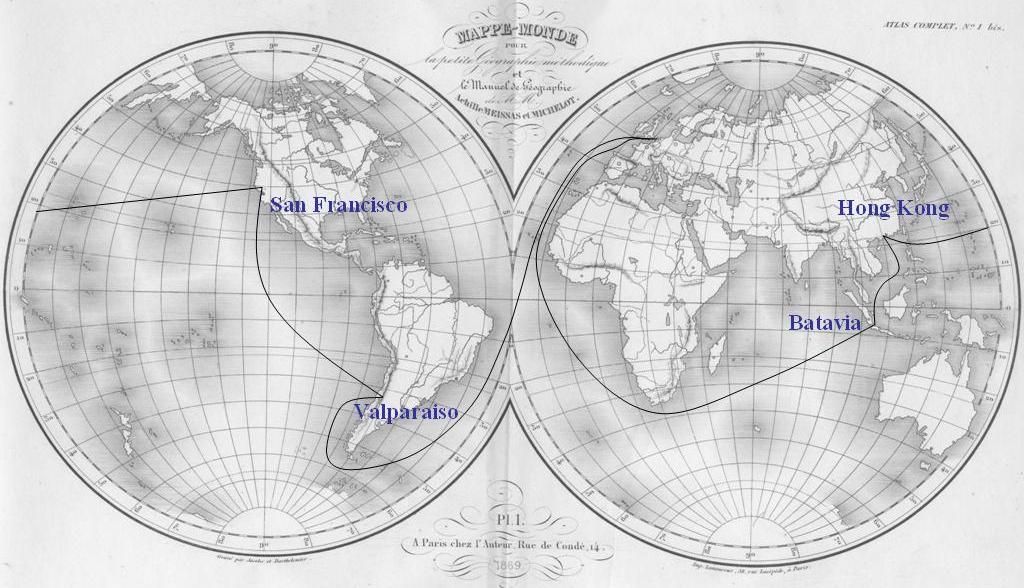 Alltogether he sailed 24 times to the Dutch East-Indies, of which 9 times with the “Jan van Hoorn”. 9 with the “Kosmopoliet” (the first Dutch clippership and with which he broke the record to Batavia twice) and 4 times with the “Kosmopoliet II”.
On from 1869 he stayed ashore and became a reder himself because of the fregat “Nicolette” and the steamship “Martinus en Henriette”. He was honored to ‘Knight of the Eikenkroon’, became president of ‘Zeemanscollege Dordrecht’ and member of the board of the ‘Chamber of commerce Dordrecht’. Jacob Bouten died 14 february 1894 in Hees-Nijmegen (the Netherlands). 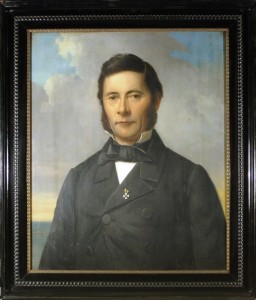 Sailingsteps around the world
When my greatgreatgrandfather Jacob Bouten was 33 years old, his reder Blussé sent him with the bark “Jan van Hoorn” to Valparaiso (Chile). He was quite astonished to be appointed for this job, being the youngest captain of the fleet and he did not dare to refuse the challenge. Instead he started to learn Spanish and to read books about how to sail around Cape Horn and also about the trading business.
In July 1849 he left Holland and after 104 days, arrived in Valparaiso where the prices of merchandises had dropped significantly since leaving Holland. His instructions were to sell the cargo in Valparaiso and to sail to China to purchase tea from the new harvest, but if something else would be more profitable he had to trade accordingly.
He sold half of the cargo in Valparaiso and decided to sail to San Francisco after hearing that a huge fire had destroyed a great part of the city and they were in need of many goods, especially wood to build new houses. Since he had 10 tons of carved wood in his cargo already, he decided to go to San Carlos first, a small place on an island in the south of Chile in order to get more wood, which would be in great demand in San Francisco.
He anchored in the bay of San Carlos with three other ships, one from Spain, France and America. The four captains stayed in one of the abandoned houses. After they started visiting the church in San Carlos, the local priest would come visit them for a daily glass of wine.
The second time he was sent to sail around the world was in April of 1852 after he came back from Batavia of his 6th voyage as captain of the “Jan van Hoorn”. He had to sail to San Francisco, which he did not appreciate at all because he was due to marry Marretje Pos, a younger sister of his former wife Adriana Pos, who had died in 1847. Like it or not, orders are given to be followed.
They married on the 21st of May 1852 and went on their honymoon for eight days in the province of Gelderland in Holland. Half way through July of 1852 he left Rotterdam with San Francisco being his destination. 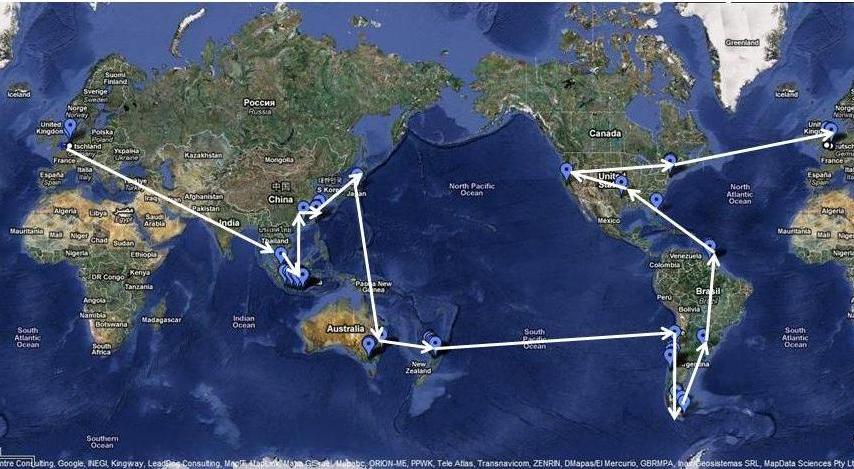